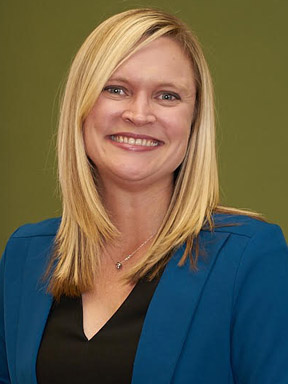 Carrie B. Markham was born and raised in Newnan, Georgia. After graduating from Newnan High School, Judge Markham attended Samford University in Birmingham, Alabama, where she graduated with a Bachelor of Arts degree in 2001. Carrie then attended Mercer Law School and received her law degree, magna cum laude, in 2005. While at Mercer, she served as editor of the Mercer Law Review.
After being admitted to the State Bar of Georgia in 2005, Carrie practiced law in Atlanta at Alston & Bird for four years before moving back to Newnan in 2009. Upon returning to Newnan, she joined the firm of Rosenzweig, Jones, Horne & Griffis, where she practiced law for ten years, primarily in the area of civil litigation. Judge Markham also served as a Guardian Ad Litem and as a Court Appointed Attorney for the Probate Court during her time at Rosenzweig, Jones, Horne & Griffis.
Judge Markham took office as Probate Court Judge in January of 2020. Prior to taking office, Judge Markham served as Associate Judge of the Probate Court from 2019-2020.